Canine Responses to Hypoglycemia in Patients with Type 1 Diabetes

Objective: Anecdotal evidence suggests that domestic dogs may be able to detect hypoglycemia in their human caregivers; scientific investigation of this phenomenon, however, is sorely lacking. This study thus aimed  to investigate how pet dogs respond to the hypoglycemic episodes of their owners with type 1 diabetes.  Methods: Two hundred and twelve dog owners (64.2% female) with medically diagnosed type 1 diabetes participated  in the study. All participants owned at least 1 dog. Each person completed a purpose-designed questionnaire  developed to collect information on their dogs’ responses (if any) to their hypoglycemic episodes. Results: One hundred and thirty-eight (65.1%) respondents indicated that their dog had shown a behavioral
reaction to at least one of their hypoglycemic episodes, with 31.9% of animals reacting to 11 or more events.  Canine sex, age, breed status, and length of pet ownership were unrelated to hypoglycemia-response likelihood. Thirty-six percent of the sample believed that their dogs reacted most of the times they went “low”; 33.6% indicated that their pets reacted before they themselves were aware they were hypoglycemic. Dogs’ behavioral  responses to their owners’ hypoglycemic episodes varied. Most animals behaved in a manner suggestive of attracting their owners’ attention, for example, vocalizing (61.5%), licking them (49.2%), nuzzling them (40.6%), jumping on top of them (30.4%), and/or staring intently at their faces (41.3%). A smaller proportion showed
behavioral responses suggestive of fear, including trembling (7.2%), running away from the owner (5.1%), and/or hyperventilating (2.2%).
Conclusions: The findings suggest that behavioral reactions to hypoglycemic episodes in pet owners with type 1 diabetes commonly occur in untrained dogs. Further research is now needed to elucidate the mechanism(s) that dogs use to perform this feat. 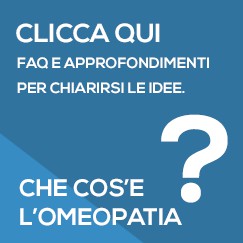